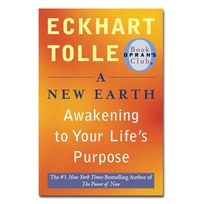 A New Earth, by Eckhart Tolle

This book is my bible. I refer to it countless times per week, often just opening it randomly and reading whatever passage my eyes land on. I've read from it in classes. I've given it to friends and family. It's dog-eared and highlighted and has notes in the sidebars. It's fallen in the bath water numerous times. Eckhart Tolle is a wonderful spiritual teacher, and everyone can learn from is teachings.

A Life Worth Breathing, by Max Strom

Another book I turn to time and time again. Max (and Eckhart, above) have a way of saying things that make you feel like, "well, DUH!" Like you already knew that, on some level, but had forgotten it. It's an easy read, not deep or esoteric, with some interesting exercises (breathing and written). I've had the pleasure of attending one of his workshops when he visited Portland, and I cannot wait for him to come back. He's a gentle giant and just a fabulous, fabulous teacher. 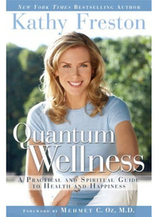 Years ago, when I seriously considered becoming vegan, I'd seen Kathy on Oprah, talking about her 21 Day Vegan Cleanse included in this book. I thought I'd give it a shot, to see if I could really make the leap (I'd been vegetarian/pescetarian <seafood>) for over half my life up to then.) Four days into the cleanse, I had never felt better. At the end of three weeks, I'd lost 10 pounds, tummy bloat was gone, I had more energy and felt not only physically lighter, but my conscience was lighter. I've been vegan ever since. The book has TONS of other guidance, as the sub-title indicates, on living more healthfully and happily. 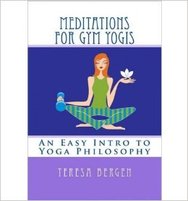 My friend and fellow yoga teacher, Teresa Bergen, created this wonderful little guide for gym yogis who are interested in going beyond the physical practice and delving deeper into the waters of Yoga. The book covers such yoga basics as ethical precepts, the eight limbs of yoga, chakras, terms and concepts you might hear in yoga class and an intro to the most popular Hindu gods. There are countless, COUNTLESS, yoga philosophy books out there and it can be daunting for the average yogi to figure out where to start if they are ready to learn more. Think of this as Cliff Notes on yoga - a great place to start to get an overview of what's what. Teresa's explanation of definitions are ones that a 5 year old could understand (and hey, I often use the phrase: "Explain it to me like I'm 5" when something is just way too complex to wrap my brain around!)
You can pick this up on Amazon in paperback or Kindle form, and it's cheap!